Comment are off
The BootyCall Master
annoy a woman, one night stand, set up a date, to ditch her 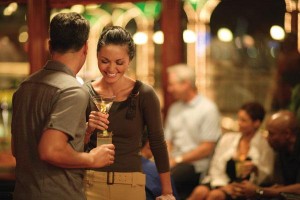 “Do not give out your Facebook information right here”

The rules of conduct on social networking sites can be tricky. It’s an important technique to learn, since so much of our interaction is based on sites like Facebook or even online dating these days. You can really annoy a woman by making the wrong moves on a site like Facebook, and a lot of men fall victim to social networking foibles. They lose hookups and hot women because they typed the wrong thing on Facebook. Don’t fall for the same mistakes.

Facebook is like the new phone number. No one asks for your number now, but instead, for your Facebook info. A woman meets you in a bar and you want to set up a date? She’s not going to ask you for your number necessarily, but chances are she will ask to friend you Facebook. Facebook is especially preferable for hookups, because if you don’t like the person, you can easily never talk to them again. This isn’t the case if they have your number or other direct contact info. This goes for both women and men – you don’t always want your one night stand to know where you live. Here are a few tips to avoid the pitfalls of the ins and outs of social networking while dating casually.

First rule of thumb: keep her on restricted no matter what. Don’t let your hookup start commenting on your statuses or leaving cute, little messages on your timeline. Not only does this draw attention from all of your actual friends who will assume you’re dating the woman, but it’s also awkward to respond to. Keep your personal posts personal, and don’t let her become involved in other parts of your life. If she actively tries to, that means she’s interested in more than hooking up, and it’s time to ditch her if you’re not interested in the same thing.

Giving Out Your Information

One way for a woman to friend you one Facebook is give her your e-mail address. If you have your profile hidden or under a weird name, she’s not going to be able to find you. Be careful how you approach this situation. If you’re already opting to use Facebook instead of just giving her your number, proceed with caution. Once she has your e-mail address, she has way more power than if you’re only friends with her on Facebook. An e-mail address is personal information that is just as important as your number. 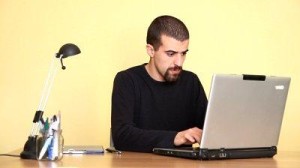 “Add her after going home but put her in restricted list ”

Don’t friend her at the club. This is a very common occurrence when two people meet and want to exchange Facebook info. It’s popular to just friend each other right where you stand, since 99 percent of the population has Smartphones.

Don’t do it. You have no idea what she’s going to see on your profile and timeline, and you don’t want to expose any posts to her you don’t want her to see. For example, if you prior hookup posts something sexy on your timeline, your current fling might be offended.

Why Having Pets Makes You More Desirable to Women

When You Feel Sick During Your One Night Stand

When There's Another Guy: How to Avoid Him and Get What You Want