Comment are off
The BootyCall Master
Australian English, fake an accent, The Irish accent, Vivien Leigh 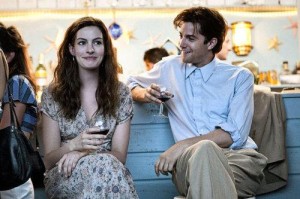 “Impress her by faking a foreign language accent”

Ladies love accents. Who knows why but the most common guess is because the guy is foreign. Foreign is apparently mysterious because of different customs and whatever else. The point is, an accent is nothing more than not being perfect at English (who is) and trying anyway. Luckily you can pretty easily fake an accent to get a lady and all you need is some practice. Here are some tips for getting the best broken English that you can.

The most popular accents are French, Italian, and Spanish. They’re the trio of romance languages, so obviously they work. While there’s some sort of technical reason as to why they all connect as “romance,” it doesn’t really matter. They all sound pretty to women and make you look more sophisticated than you are. A surprising runner up for sexy accents is Irish. It’s not sophisticated, which is why it’s sexy. The Irish accent comes from someone you’ll find in a pub who wants to have a hot, bawdy, one night stand.

Watch All of the Movies

All right, so you’ve got your accent, now you have to hear it. Many places have different variants of their accent (like we have a Southern accent in the states even though we speak the same language). Go online or to your local video store and hit up the foreign section. There’s probably going to be mostly films in foreign languages, which is fine since you can still listen to how they speak. How do their voices rise and fall? Are there any extra lulls in their sentence structures?

Mix in those with movies where the actors also speak English. Tarentino has some good ones, as well as, and it’s surprising, Gone with the Wind. It’s a total chick-flick but they public has spoken. They’ve said it’s a grade-A classical southern accent. Actress Vivien Leigh practiced her accent for four hours a day for weeks when they began shooting, and it shows. 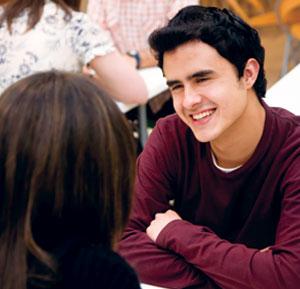 “Do not show it off. Talk in a polite natural way”

When you’re speaking to women who aren’t from the country you’re trying to imitate, they won’t know all of the ups and downs of the language or manner of speaking. This means that if you’re acting like you’re from Australia, you need to be comfortable speaking Australian English. Constantly worrying about the shape of your mouth or how your words are flowing is going to be a dead giveaway that you’re pulling it out of your ass. Just relax and if she comments that you don’t sound like other Australian guys she’s met tell her you’re from New South Wales or something. Different dialects have subtle variations and different people speak, well, differently. Take two people from your town and ask them to say the same few sentences. Even they’re not going to sound the same.

As you practice the accent of your choice, you’re going to get better. The more and more you use it on women and are successful the more confidence you’re going to gain. Do you see a pattern here? If you’re really good you could actually pick a few accents to master and be prepared for anything.

Why Having Pets Makes You More Desirable to Women

When You Feel Sick During Your One Night Stand

When There's Another Guy: How to Avoid Him and Get What You Want