First Date Gifts She Might Give You, and What They Mean

Comment are off
The BootyCall Master
Don’t waste time, first date gift, If she’s being clingy, see her again after that first date, sense of humor 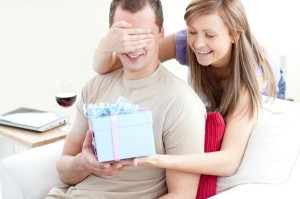 “Every gift means something”

Gifts on the first date are a weird thing, especially if you’re just looking for a hookup. Nevertheless, some women give them, and some don’t. When you’re presented with a first date gift, you should know what to do. Sometimes it implies that she’s interested in more than a hook up, and sometimes she’s just trying to be nice. It really depends on the situation, but if you follow our lead, we can help you determine what you can expect.

Once you figure out what she’s trying to say, then you can also decide how to proceed. If she’s being clingy five minutes into the date, your best bet is to get out of there. If she gives you something neutral, don’t miss out on a great opportunity to hook up. Just watch for the signs. 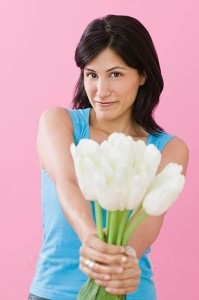 “Accept it, she’s giving it with love”

Sometimes a woman likes playing the man. There are lots of women that are modern and adopt the traditional male role. It doesn’t mean they don’t like men, but it can be quirky and unique. If a woman shows up to your date and she has a bouquet of flowers for you, it also means she has a sense of humor. You can’t go wrong there. Say thank you, smile and laugh, and enjoy her company. If you’re both there and know you’re looking for casual sex – you met online on a fling site, for example – then see how it goes. If you like her, go for it.

Anything Worth More than a Trip to the Drugstore

If a woman presents you with a gift on the first date that seems like it could actually be valuable, it’s time to turn tail and run. Don’t waste time and don’t think about it too hard. The fact of the matter is, if a woman is offering you up a nice watch or something that she obviously invested in financially and spent time picking out, she’s looking for far more than a one night stand. Don’t lead her on, because it will only lead to drama.

This might just be worse than the valuable gift, because it means she doesn’t like the way you dress. This is a little overbearing and should be treated with extreme caution. This can also be a surprising situation, since you’re probably not expecting her to bring you a gift like a shirt or pair of trousers on the first date. Something like this crosses boundaries of not only strange, but also very invasive.

Women who try to change your appearance, especially when they don’t know you, are the types that will try to control your entire life. They don’t even have to be dating you. If a woman who’s over the top decides she wants to latch onto you, she’s going to no matter what you say. You might never see her again after that first date, but if she’s decided that you’re important enough that she has to change you, she’ll never let up. Play it safe, and don’t lead her on if you’re not into her first date gift.