How to Keep Your Dinner from Coming Back: Avoiding Awkward Moments After Your Date

Comment are off
The BootyCall Master
a clear stomach, air freshener, ruining your date, Taking Beano 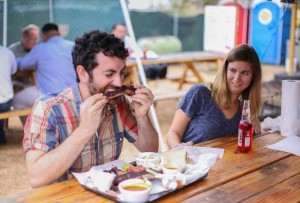 It is by far one of the grossest things to talk about, but it needs to be said. Sometimes food doesn’t agree with your stomach. It happens, and it’s normally fine so long as you’re at your place. But what about when you’ve just finished taking your hot date out to the local Mexican place? First of all, don’t go to a Mexican food joint on the first date (or any, unless you seriously know this woman). Second of all, it will happen to you at some point in time. But you can be prepared. When you need to seriously barf or take a shit, there are subtle ways you can do so without ruining your date.

Going to a restaurant is probably the first dinner out you’ll have together. If it’s more high-class, you’re probably going to have less trouble with food upsetting your stomach. But it can still happen. The great thing about any of these restaurants is that they have bathrooms. Use them. Even if you don’t have to go or think that you’ll be fine later, always go to the bathroom at the place. She can’t go in the men’s bathroom, so it won’t matter how smelly or loud your deuce is. You’ll hopefully end up with a clear stomach and no worries.

If you know that you’re prone to getting ill after eating a heavy meal, then be preventative. Taking Beano will get you rid of any gas that might break out of you later, but Pepto-Bismol or Mylanta will hopefully help keep your stomach calm and stop the cramping and nausea that eating too much brings with it. Obviously, the best way to avoid an upset stomach is to just eat things that aren’t going to trigger it. Bacon cheeseburgers are delicious, but have so much fat and cheese on them that it can really mess with your digestion. Instead, get just a regular burger or something with chicken. 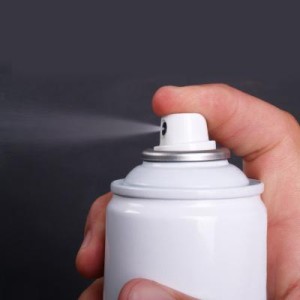 “Use an air freshener”

When all else fails, you’re going to have to fix some problems. Poop smells, and so does puke. But even when they happen, you can cover it up. Turn on music or put on a movie so that your date will be occupied and entertained while you’re gone for an extended period of time. Even if she knows you poop (she might know that men poop in general), she won’t judge you for it. She will, however, be grateful for the distracting movie or songs.

While everything is fine and dandy on the outside, the inside of your bathroom is going to be horrendous. Yes you can spray a bathroom with air freshener. You’ll get a lovely crisp summer breeze with an underlying tone of crap, vomit, or both. A better bet is to buy Poopourri. This stuff is amazing. They have a whole website, but what it does in a nutshell is makes a barrier on top of your toilet water after you spray it in. Then once your poop plops down the scent is completely covered. She’ll never even know what happened in there.