Sneaking Her In and Out of Your Place

Comment are off
The BootyCall Master
a midnight snack, get creative, put on an alarm, take care of your aging parents 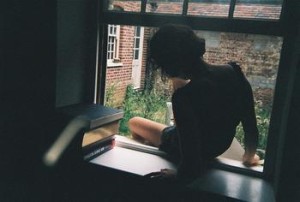 “She is not a thief, she is your girlfriend”

It’s easy to make plans with a woman to get her over to your place and have a night full of sex as much as you can handle, but it’s a problem when you live with someone else who doesn’t approve of that sort of thing. Maybe it’s an unfortunate living situation with an ex or you have to take care of your aging parents. Whatever it is, it’s no excuse to not get laid every now and then. All you’re going to have to do is up your ninja skill level and figure out the best way to sneak your lady in and out of your place. 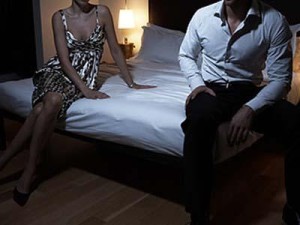 After you’ve invited her over, pick a time that’s late enough so you’re the only one awake, but also not so late that you’ll be too tired to do the deed. If someone else is awake, they’re going to be freaked out by someone hanging out on the front lawn. Close the curtains and find a door that’s not squeaky. You’ll have to figure out ways for her to be able to move around the house. Women always have to pee after sex so they’re going to have to have a sneaky way to get to the WC.

If you have any pets, you’re going to have to figure out a way to get them to shut up. Bribe them with treats or put them in the garage if you don’t know how they’ll react to a stranger coming in.

In the unfortunate event that someone does wake up, where are you going to hide her? Sometimes closets are big enough, but you might need to get creative. Any standing cutouts of your favorite actors? She’s human shaped, shove her back there. Big enough spaces under the beds, in private bathrooms, or even behind the door can all be used, as long as you’re prepared.

Putting It to Good Use

Luckily the same ways that you would use to get her in can get her out as well. But like any good plan, you’ve got to have backups. If someone wakes up for a midnight snack and is in sightline of the front door, you’ll have to quietly help your lady out the window (you are a gentleman, after all). Keep the entrances and exits on the same type of plan as a fire escape. Any windows or doors can be used, as long as they’re a safe distance to the ground below.

Time is of the essence. When you’re busy getting her in and out dilly dallying will only make the chances of you two getting caught even bigger. Late night rendezvous are supposed to stay in the night. If you two are going to be sleeping for part of the night then put on an alarm. Just make sure that you’re not going to wake up the other people in the house. Even if you keep your door locked, oversleeping and having her there in the morning will make it at least 10 times harder to get her out. Especially if you work or go to school.