The Morning After: Tactics to Avoid the Second Date Conversation

Comment are off
The BootyCall Master
after a hookup, hot sex, making an open-ended statement, met the woman at a bar 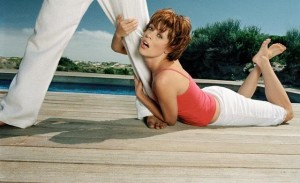 “Avoid such a situation after your hook-up”

It’s difficult to know how conduct yourself the morning after a hookup. While we advocate not sticking around and leading a woman on if you’re not interested, you also don’t want to be rude. First of all, that’s not very tasteful, and when you get to be a sophisticated man of a certain age, you can’t act like a frat boy. Which brings us to our second point: word gets around fast. Even if you met the woman at a bar or club, chances are she knows someone you know. If you treat her like garbage, someone’s going to know, and your chances for finding future hookups rapidly decrease.

It can also be a challenge to strike a balance. Let us help you out and steer you in the right direction of how to make a graceful exit that’s also firm and definitive.

When she asks if you want to stay for breakfast, give her a firm no, but soften the blow by attributing your inability to stay to work or something out of your control. However, the key here is to also make clear that it’s an excuse. You’re not being rude, but you’re making a veiled attempt to tell her you’re not interested in anything more. You can add in a noncommittal, “I had fun,” and leave it at that.

How to Part Ways Quickly 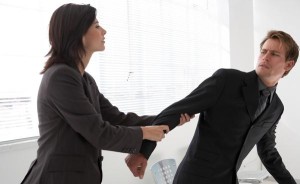 Don’t linger and wait for her to kick you out. That’s only going to exacerbate the situation if she’s interested in more and you’re not. A hookup is fine to cuddle with a little – a warm body is something that shouldn’t be turned down, especially if it’s a beautiful woman. However, there’s polite, post-coital cuddling that involves being exhausted from hot sex, and there’s sentimental cuddling. Avoid the latter at all costs. This is another way of leading her on. Instead, when you wake up the next morning after a hookup, take your leave quickly. Get your clothes, get up, and get out. Don’t feel bad about it. It’s sending a clear message that you appreciated her and had a good time, but that you’re not sticking around to chat.

You can make statements noncommittal and generic, like saying you had fun, but don’t leave them open ended. Your worst nightmare is going to be when you say you’ll call her later, and you don’t. She’ll be calling you, messaging you on Facebook, e-mailing you, or texting. The thing is in that situation, you opened yourself up to it by making an open-ended statement that elicited a storm of communication from your hookup. Don’t say you might call her or maybe you’ll see her later. She’s going to interpret those types of statements as your desire to see her again, and maybe even attribute it to shyness.

Keep firm and resolute, and don’t waver in your demeanor. If she asks outright if you’re interested in more, say no plainly. It’s also possible she wants nothing except for you to get out, too!