What Scents Will Drive Her Crazy 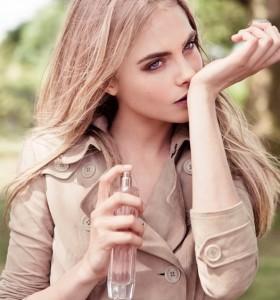 “Women are often fond of scents”

Have you ever been near a woman who’s wearing a perfume that smells so good you want to put your nose on her body? It’s not recommended, but that’s just about the reaction that she wants. Women like perfume because it’s sort of like a calling card after she’s left that will remind you of her. The smell might be on your pillow the day after your first night together, or on your jacket that you so kindly offered to keep her warm. What women aren’t telling you is that they want you to return the favor, but not with perfume. Cologne for guys is like kryptonite for most women. Even if they don’t realize that you’re wearing the stuff, they’ll smell it on them and around their houses just from being in contact with you. So don’t be the only one who goes crazy over a scent, leave your own calling card with one of these top-hitting colognes for guys.

Alright so your signature scent might end up costing you more than most shoes would, and it might seem like it’s stupid to spend so much money on something that no one can even see. But believe us, when you buy a designer scent, the contents are going to be so well made that you really don’t need much of it to last all day. One bottle that costs about $75 can actually be used for a whole year or longer. So really, if you think about it it’s not that bad, especially since the payoff is ladies throwing themselves at you. 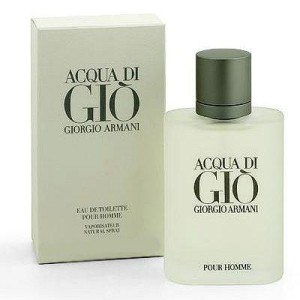 If you’ve heard the name before then it’s probably pretty good stuff. Acqua Di Gio is a nighttime scent, meaning that it’s heavier and has darker tones (tones are what they call the different smells that have been mixed). While this one has a whole list of tones, the first few are bergamot, neroli, and green tangerine.

This is a more daytime scent. It’s lighter, cleaner and has a sexy smell that won’t knock a woman out when she leans in for a sniff. Tones include bergamot as well, but are tamed by rosewood and sandalwood.

A personal favorite, this collection has four different varieties. They are numbered (Big Pony #1, #2, etc.) and all have a scent that would remind you of the all-around rich jock. Big Pony #2 has tones of chocolate, musk, and spice. It sounds like you’re going to come out smelling like a baked-good, but you won’t. Women seriously go crazy for this one, probably thanks to the dark chocolate.

Even if you’re not into the monster price tags that are attached to a bottle of man perfume, that doesn’t mean that you shouldn’t make an effort to smell good. Using body washes will help, but the smell that they leave behind it pretty faint. Go to a cheaper department store. They have a large number of knock-off colognes that will be sure to help a guy out.